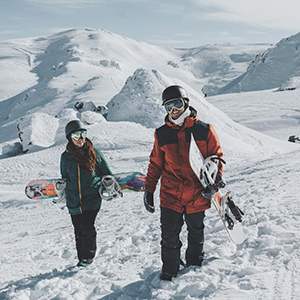 Explore 345 hectares of fantastic NZ skiing and snowboarding terrain, whatever your ability, Cardrona has the snow for you. Gentle beginner slopes, terrain parks and half pipes, wide open groomers or challenging steeps and powder stashes … the choice is yours. The Cardrona Lift Pass can be used on consecutive or non-consecutive days.

Treble Cone, the largest ski area in NZ’s South Island, is famous for its long, uncrowded groomed runs, legendary off-piste terrain and unrivalled views over Lake Wanaka and the Southern Alps. No matter what type of skier or snowboarder you are, Treble Cone offers an unforgettable New Zealand snow experience. 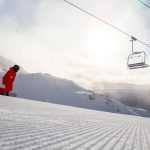 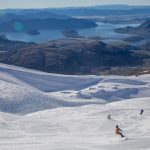 South Island's largest ski area with jaw dropping views over Lake Wanaka and the Southern Alps, a must experience ski area for all Queenstown and Wanaka visitors. Particularly suited to experienced skiers.

* Valid for sale until 30 September 2022. Valid for use in the 2022 ski season only. Cardrona Multi Lift Passes are valid at both Cardrona and Treble Cone. All Prices shown on this website are Australian Dollars unless otherwise stated. Ski products are non transferable and non refundable.

^ COVID-19 Book with Confidence: In the event Covid related travel restrictions are imposed by government (State or National), and travel is impacted on the booked travel dates, Ski Express will provide a full refund (less supplier and 3rd party fees). Refunds may take up to 21 days to be issued. In the event of cancellations unrelated to Covid restrictions, Ski Express standard cancellation policy applies. Please speak with your Ski Express consultant for details.

Select how many days on the slopes and quantity (number of skiers), then add the selection to your trip. Once you are done adding items, proceed to checkout.